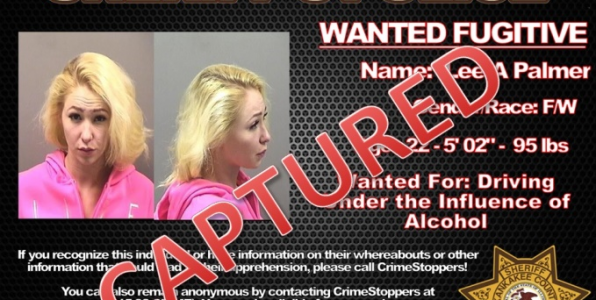 January 24, 2016- KANKAKEE, IL – Since starting the social media phenomenon known as, “Warrant Wednesday”, the Kankakee County Sheriff’s Office has been amazed at its overwhelming success.  Outstanding warrants that have been issued by the courts have had tendencies in the past to remain in the system for years.  With decreasing staffing levels, Sheriff Tim Bukowski and Undersheriff Mike Downey knew the numbers of outstanding warrants would be accumulating with the lack of resources available to attempt to apprehend them.  Since starting Warrant Wednesday in August of 2014, the Sheriff’s Office has watched the popularity of the program swell to unprecedented numbers in the Sheriff’s Social Media Campaigns.  In fact, there have been a handful of times where the fugitive themselves post on their own picture, often taunting the police.

“It’s amazing how some fugitives just can’t resist the urge to take advantage of their fifteen minutes of fame,” said Undersheriff Mike Downey.  “Little do they know that the taunting works to our advantage as area law enforcement often finds additional motivation to apprehend a fugitive after one pleads that they will never be caught.”

The story of a Warrant Wednesday fugitive leading police to their capture repeated itself earlier this morning when Lee A Palmer, who was wanted on an outstanding warrant for DUI, taunted the Sheriff’s Office at approximately 7pm on Saturday, January 23, 2016.  Within several hours, she was in the custody of the Bradley Police Department at the Super Motel.

The Sheriff’s Office thanks the Bradley PD for their assistance.