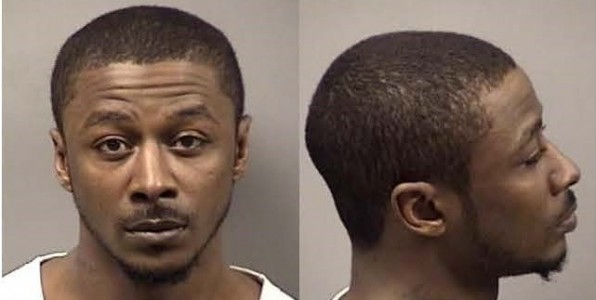 October 16, 2014: Kankakee, IL – Deputies from the Kankakee County Sheriff’s Office were dispatched to the area of 14700 E Central St (Pembroke Township), Hopkins Park, IL, at approximately 02:20 Hrs. this morning regarding a gun-shot victim. Upon arrival, deputies observed an unresponsive male, whom was later identified by police as 25-year-old, Obededom Hammond of rural Pembroke Township. Deputies attended to the victim, who was suffering from a gunshot wound, until an ambulance arrived on scene, which subsequently transported Hammond to an area hospital. Hammond later succumbed to his injuries.

After an investigation was conducted, a suspect was identified and Deputies began looking for 30-year-old, Lewis J Ashley Jr, also of Pembroke Township. Lewis was last seen fleeing northbound on foot from the scene of the incident. After an extensive search of the area, deputies located Lewis, who was taken into custody without incident.

Kankakee County Sheriff’s Office Detectives continue to investigate this incident. Anyone with additional information is encouraged to contact investigators at (815) 802-7150.