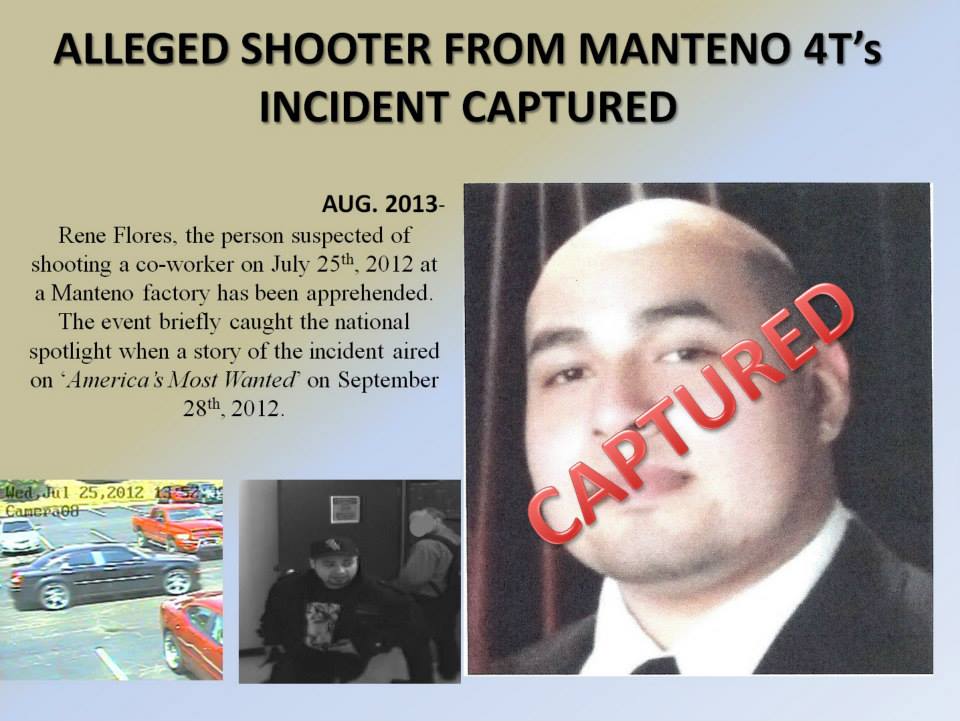 Rene Flores, 27 year old male, who is the suspect in the shooting at 4 T’s warehouse in Manteno which occurred on July 25, 2012, is in the custody of the Kankakee County Sheriff’s Department this morning. Flores, a fugitive since the day of the shooting, recently turned himself in to Mexican authorities and was extradited to the United States. Investigators had tracked Flores to Chicago immediately after the shooting but were unable to locate him at that point. Flores had been a subject on America’s Most Wanted television program and had been pursued by the U. S. Marshall’s Task Force which includes officers from the Kankakee County Sheriff’s Office. Flores is suspected of firing several shots inside the business striking one employee. Flores appeared in court and was given a $250,000.00 (two-hundred and fifty thousand) dollar bond.