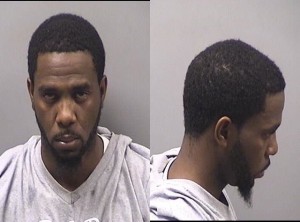 December 24, 2015 – Kankakee County Sheriff’s Police announced that an arrest has been made in the shooting that occurred on Saturday morning at the Pembroke Citgo Station located at 2661 South 13000 East Road.  Twenty-four year old Lamar Hicks was shot after a dispute with another individual after Hicks exited his vehicle at the Pembroke Citgo Station Saturday morning at approximately 2:30am.  Hicks was then driven to a local hospital and the Sheriff’s Office was notified.

The suspect in the shooting was identified as 23 year old Brandon J. Brewer and a warrant for his arrest was obtained.  Information obtained by Sheriff’s investigators indicated that Brewer had fled to Indiana after the shooting.  The United States Marshal’s Service was contacted for assistance and, in short order, located and arrested Brewer in Indianapolis, Indiana.  Brewer is currently awaiting extradition from Indiana.

Undersheriff Mike Downey praised the work of his Deputies and the swift apprehension of Brewer by the United States Marshal’s Office.  This teamwork removed a dangerous criminal from our streets in a very short time.  Undersheriff Downey additionally thanked the public for their cooperation is this case which assisted in the swift identification and apprehension of Brewer.