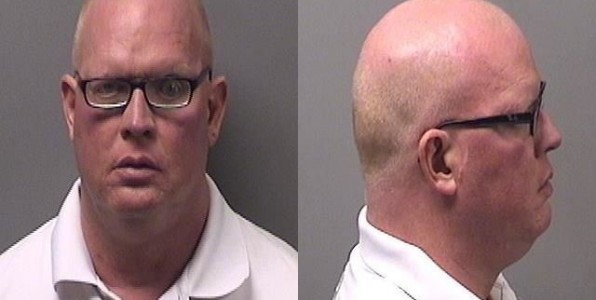 Kankakee, IL- Sheriff’s Investigators announced the arrest of 43 year-old Momence resident Travis J Griggs earlier this morning.  Griggs was arrested and booked on a fifty thousand dollar bond warrant for 2 counts of Felony Theft ($10,000 – $100,000).  Tri County Auto-Theft (TCAT) agents, along with the Kankakee County Sheriff’s Police, began the investigation in 2014 after a warehouse in Manteno suspected and alerted agents to an internal theft ring that had been occurring for several months.

Investigators have stated that Travis Griggs was a former employee of the Manteno warehouse.  Throughout the course of the investigation agents were able to determine that over $223,000 worth of cargo/merchandise was stolen.

Kankakee County Sheriff Tim Bukowski credits the work of the investigators.  “The amount of time required by detectives to investigate and prosecute a cargo-theft ring, such as this, can be extensive.  I thank the agents from TCAT and Sheriff’s Investigators for putting together a very comprehensive and labor intensive criminal case ensuring that those responsible will be held accountable.”

The Tri-County Auto Theft has announced that the investigation continues and that more arrests are possible.  Additional information will be provided if and when it becomes available.