To clarify some of the confusion that has surrounded the personnel changes that were discussed yesterday by Sheriff Bukowski, I thought it would be best to explain the situation to put all rumors to bed. 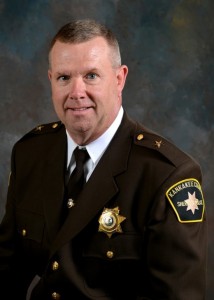 According to Illinois State Law (10 ILCS 5/25-11), “when a vacancy occurs in any elective county office….where more than 28 months remain in the term, the appointment shall serve the remainder of the unexpired term.  However, the appointment shall be until the next general election, at which time the vacated office shall be filled by election for the remainder of the term.”

Upon speaking with Sheriff Bukowski upon his retirement date, it was discussed about waiting until there was less than 28 months of his term remaining to prevent the need for an election.  However, after great consideration, I ultimately decided (with the support of Sheriff Tim Bukowski) that the decision should be left to you, the residents and voters of Kankakee County.

The United States of America is the land of the free because of its citizen’s right to determine their elected officeholders.  We feel strongly that the County’s residents will want the Office of the Kankakee County Sheriff to continue in the same direction set forth by Sheriff Bukowski over the last nineteen years.

I sincerely thank all of those that have expressed their support and well wishes and I hope to continue to demonstrate my abilities over the next several months in a manner that will warrant your confidence enough to receive your vote in November.