Deputies Arrest 43 Year Old in Murder of His Step Father 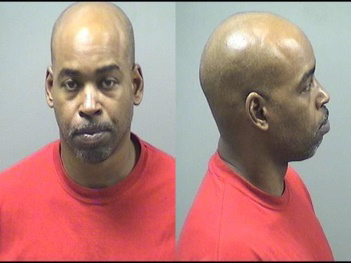 At approximately 6:53 a.m. this morning, sheriff’s deputies were dispatched to 17774 E 7000S Rd in rural Pembroke Township in regards to a shooting. Upon arrival, deputies observed 68 year old Pembroke resident, Clarence Riley, in the home suffering from what appeared to be multiple gunshot wounds to the chest. Riley, who was not breathing at the time of deputies’ arrival, was later pronounced deceased at the scene by Coroner Bob Gessner.

At approximately 8:31 a.m., deputies located a vehicle being driven by the deceased’s stepson, 43 year‐old Willie E Nichols Jr, who is suspected of doing the shooting from earlier in the morning. Nichols, who was in possession of a handgun at the time, was taken into custody after a
brief standoff situation and transported to the Jerome Combs Detention Center.

“I would like to thank the Illinois State Police, as well as the St. Anne and Grant Park Police Departments for their assistance in resolving a sad event, which had the potential to turn extremely violent,” said Sheriff Mike Downey. “I applaud the tremendous job by all of our officers in de‐escalating a situation that could have ended much differently.”

This morning’s homicide marks the third in Kankakee County this year and the first reported in an unincorporated area.