Four Murders In Less Then 36 Hours in Kankakee County

October 3, 2016 – Kankakee, IL – On Saturday, October l, 2016 at 1:11am the Kankakee County Sheriff s Office received a call of shots fired at 6624 South 17250 East Road in Pembroke Township. Upon arrival, deputies found 46 year old Ralph Ledet of Pembroke Township deceased in the driveway at that location. It appears that Ledet had suffered a gunshot wound. Illinois State Police Crime Scene Technicians were called in to process the crime scene. 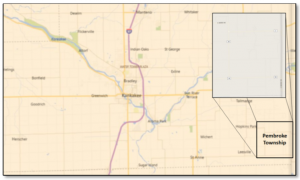 On Sunday, October 2, 2016 at 12:52pm Kankakee County Deputies were dispatched to 4347 South 15500 East Rd in Pembroke Township for a report of three subjects shot at that location. Upon Deputies arrival, they discovered 56 year old Reginald Neal, 24 year old Dangelo Neal and 21 year old Davante Hopkins all deceased from apparent gunshot wounds. Once again, the Illinois State Police Crime Scene Technicians were called in to process the crime scene.

Sheriff’s Department Detectives, with the assistance from Illinois State Police, are investigating the incident and are asking any person with knowledge or information related to this incident contact them at 815-802-7150. In addition, CrimeStoppers is offering a reward up to one thousand dollars for information leading to the arrest of the person or persons responsible for this crime. CrimeStoppers can be reached at 815-93-CRIME (815) 932-7463.