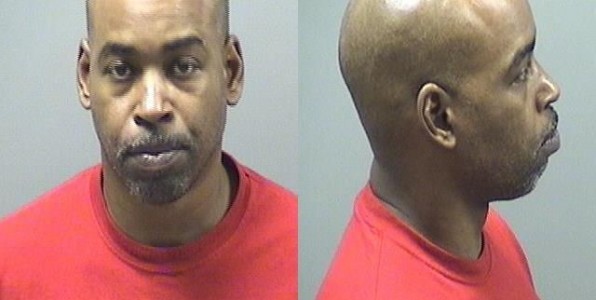 KANKAKEE, IL – Kankakee County Sheriff’s Deputies assisted the United States Marshal’s Service Task Force and Kankakee Area Metropolitan Enforcement Group (KAMEG) agents earlier this morning in Pembroke Township. Agents worked together in an effort to apprehend a fugitive that was wanted for Criminal Sexual Assault.  Willie E Nichols Jr, (42 YOA) of Pembroke Township, was taken into custody without incident near 17700 East 7000 South Road in Pembroke Township.  Nichols is alleged to have Sexually Assaulted a 15 year-old in 2013, which eventually resulted in the birth of a child.  Mr. Nichols was taken into custody on a $150,000 US Boundary warrant for 1 count of Criminal Sexual Assault of a Family Member under 18 years of age (720 ILCS 5/11-1.20(a)(3)) and 1 count of Criminal Sexual Assault where the suspect offender holds a position of trust, authority or supervision in relation to the victim, where the victim was 13-17 years of age (720 ILCS 5/11-1.20(a)(4)).  The warrant was issued on November 22, 2013 in Kankakee County.  Nichols is scheduled to appear in Kankakee County court tomorrow morning at 9:30am unless he is able to post the $15,000 (10% of the $150,000) bond.

“We thank the US Marshal’s Office and KAMEG for their work in removing this dangerous individual from the streets of Kankakee County,” said Undersheriff Mike Downey.