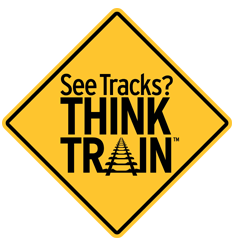 As the information above shows, no matter where you are in Illinois, you are likely to be around railroad tracks. When crossing railroad tracks, you must always follow the law and be aware of your surroundings! For more information about Illinois Rail Safety Week, please visit www.IllinoisRailSafetyWeek.org.