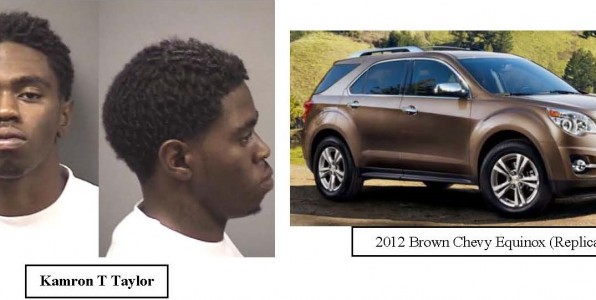 Kankakee County Sheriff’s Office is investigating an inmate escape from the Jerome Combs Detention Center. At approximately 3:00am this morning an inmate overpowered a correctional officer and took his keys and uniform. The inmate, who has been identified as Kamron T. Taylor then fled the jail and stole the correctional officer’s vehicle. The vehicle is a 2012 Brown Chevrolet Equinox Illinois registration P506660. The escapee Kamron T. Taylor is considered armed and dangerous and described as a black male 5’9” 170lbs. Taylor was recently convicted of murder and was awaiting sentencing. The public is advised to call 911 if they observe Taylor or the vehicle.

STATUTES AGAINST AIDING AND ABETTING  (English)

STATUTES AGAINST AIDING AND ABETTING (Spanish)

**UPDATE 12:30pm** The manhunt for Kamron T. Taylor remains underway. However, police have recovered the Chevy Equinox in Kankakee. More information will be provided if and when it becomes available.

We thank the community for the tips, phone calls, and other support in this matter.

**UPDATE 2 3:40pm** Savannah D Bell has been located and is safe. Kamron Taylor’s whereabouts are still unknown at this time. Anyone with information should contact CrimeStoppers (815) 93-CRIME or their local law enforcement agency. DO NOT approach Taylor as he is considered armed and dangerous. 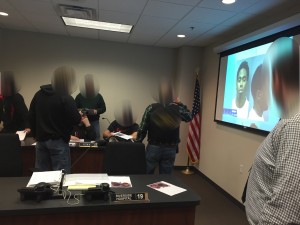 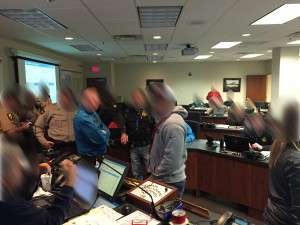 ***UPDATE 4 12:43pm 4/2/15*** Kankakee County Sheriff’s Office in conjunction with and assistance from all local area Law Enforcement agencies and several State and Federal Law Enforcement agencies continue the search for escaped convicted murderer Kamron Taylor.  Law enforcement worked though the evening following up on leads and checking residences in an attempt to get Taylor back into custody.

Area Law Enforcement Officers searched over 47 residences and other areas in an attempt to locate Taylor.  The search teams consisted of a total of 28 officers that fanned out in areas in Kankakee County and followed up on leads and contacted other known associates of Taylor.  Police continue their search and remind the public that any person or persons that are found to be assisting Taylor will be prosecuted to the full extent of the law.

Additionally, they remind the public that Taylor should be considered armed and dangerous and should not be approached.  There is a five-thousand dollar reward offered for information leading to the apprehension of Taylor.

Sheriff Bukowski and Undersheriff Downey visited with the injured Correctional Officer this morning and advise that his condition is improving and at the request of the family, no other information will be released at this time. 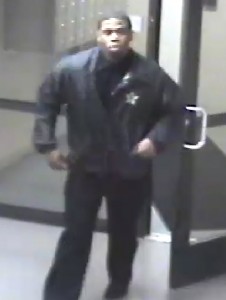