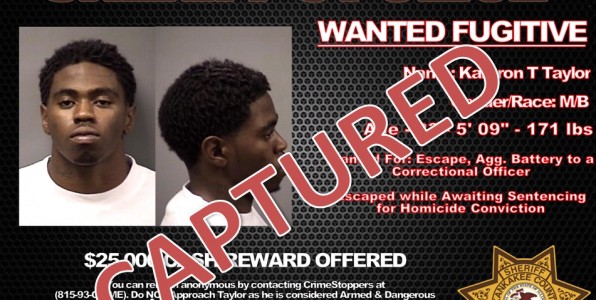 According to statements received by our command center from the Chicago Police Department a suspicious subject was spotted by officers around 92nd and Stoney Island and when approached, the subject fled from police.  A foot chase ensued and the suspect was detained and found to be in possession of a loaded hand gun.

The subject was initially uncooperative and did not respond to officers questions.  Taylor was identified when Chicago Police contacted the Command Center in Kankakee and compared tattoos.  Taylor was positively identified by a fingerprint match.  He is being held in Chicago on the weapons charge.  It has not been determined when Taylor may return to Kankakee.