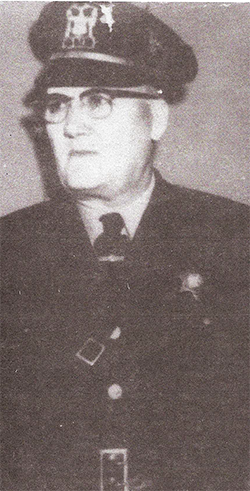 Patrolman George F. Lezotte Sr. Died at his post of a massive heart attack while directing traffic and performing other duties during the downtown fire which destroyed several businesses in the 100 block of South Schuyler. He had joined the Kankakee Police Department in 1947.