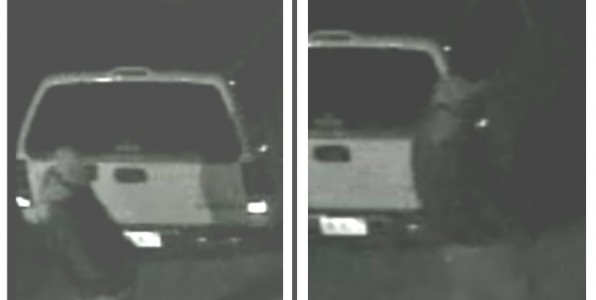 Kankakee County Deputies have responded to several calls this morning regarding an unknown subject(s) that burglarized vehicles in the Riverbend Subdivision area (Limestone off of Rt. 113). The subject forced entry on at least one vehicle by breaking out the passenger side window, but also rummaged through unlocked vehicles. The subject was recorded on at least one of the victim’s surveillance system at approximately 2:30am (3/16/15).
The subject(s) reportedly removed any valuables in plain-view (including at least one victim’s purse). Anyone with any information is strongly encouraged to contact Sheriff’s Investigators at (815) 802-7150.
You can also remain anonymous by contacting CrimeStoppers at (815) 93-CRIME. Any information that leads to the identification, apprehension and/or conviction may lead to a monetary reward!