The Kankakee County Sheriff’s Office partnered with the American Red Cross yesterday, February 25th, to host a Blood Drive. The American Red Cross received over 30 units of blood from those willing to volunteer their blood.
“We were absolutely amazed at the overwhelming turnout,” stated Undersheriff Mike Downey. “The fact that officers and other staff members were willing to take time out of their day, most of which resulted on their days off, to donate blood demonstrates the type of people our first responders really are.”

In addition to members of the Sheriff’s Office, (Sworn Deputies, Corrections and Civilian Staff), the blood drive was represented by several other agencies including: The Kankakee County State’s Attorney’s Office, the Bourbonnais Police Department, the Kankakee City Police Department and KanComm Dispatchers. The Sheriff’s Office thanks Detective Brooke Payne for all of her efforts in organizing the event. 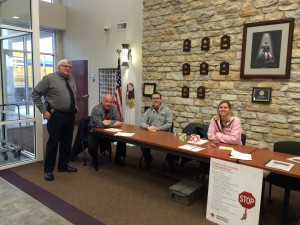 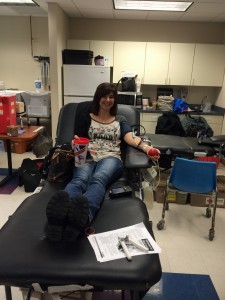 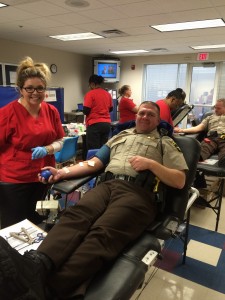 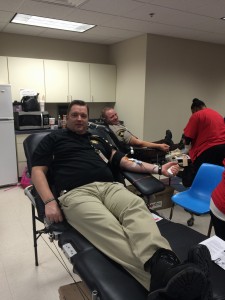 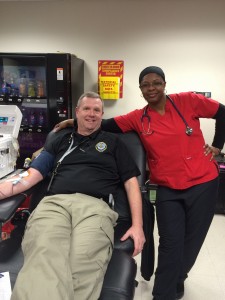 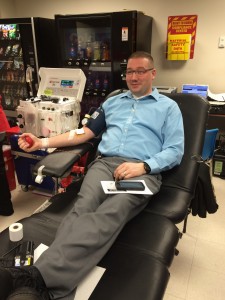 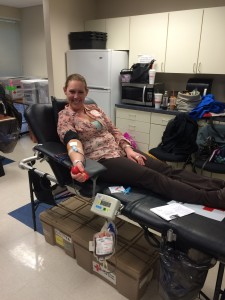