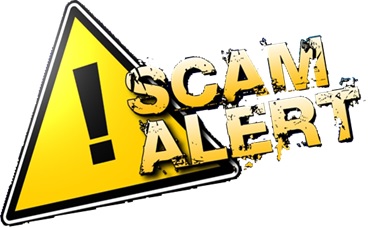 Sheriff Tim Bukowski and the Kankakee County Sheriff’s Office are warning the community of two recent scams that have been reported in our area.  Officers have received reports of a letter being sent out to victims claiming to be a collections agency and requesting a phone call and subsequent credit card payment or a check be sent to a PO Box in Concord, CA.

Several of the victims contacted their service providers, for which the collections agency identified themselves as working on behalf of, which ultimately led them to believe that the letter was fictitious.

We would encourage anyone that seems suspicious towards a letter and/or phone call of this nature to contact their service provider.  Remember to NEVER give or send money to someone that you do not know (whether it be over the phone or through the mail).

Additionally, officers have received calls from Kankakee County residents indicating that subjects have knocked on their door (acting suspiciously) and requesting to seal coat or pave their driveways.  However, the subjects are reportedly going door-to-door without materials and have quickly fled the area upon being questioned.  NEVER let strangers into your home and always alert the authorities to suspicious-like behavior (retrieve a license plate if possible).

As with most scams, the offenders often prey on the elderly or otherwise vulnerable.  Please spread the word in an attempt to prevent future victimization.  In the event you feel you fell victim to this scam, please contact your local police agency.