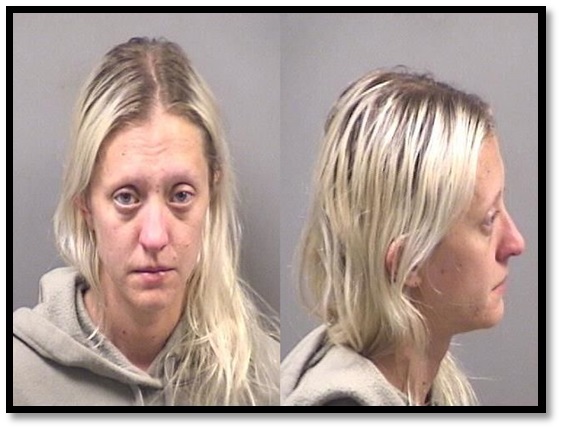 October 15, 2019 – Kankakee, IL – At approximately 12:01 p.m. yesterday afternoon, sheriff’s deputies and other emergency personnel were called to a vehicle versus pedestrian accident near 1800 W 2000S Rd in rural Kankakee.  Upon arrival to the scene, deputies determined that the vehicle that had struck the pedestrian had fled the scene.  Witnesses observed the vehicle traveling southbound on IL Sthy 115 heading towards south Kankakee/Chebanse area.

At approximately 5:00 p.m.
yesterday evening, a sheriff’s deputy located a vehicle matching the
description of the car involved in the accident in Bonfield.

After an investigation into the vehicle and the vehicle owner, sheriff’s detectives later took 32-year old, Samantha J. Alexander, of Bonfield, into custody.  Alexander has been arrested for ‘Failing to Report an Accident that resulted in a Personal Injury or Death’.   She is currently incarcerated at the Jerome Combs Detention Center where she awaits her initial court arraignment.