Arrest Made in Friday Morning’s Bank Robbery in St. Anne 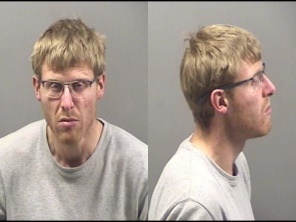 March 22, 2019 – Kankakee, IL – Law enforcement officers responded to the National Bank of St. Anne (158 W. Station St, St. Anne, IL) at approximately 9:30 am this morning in regards to a bank robbery. The subject, who is believed to have acted alone, fled the scene in a silver‐colored Honda Civic with an undisclosed amount of money. After receiving multiple tips regarding the subject’s identity based on images released on the sheriff’s office social media pages, local law enforcement agencies began searching for 30 year‐old, Thomas J. Pranskus III, of Kankakee.

Pranskus was located in rural Brook, IN at approximately 2:00 pm suffering from a medical condition. Pranskus, who was in custody of the Newton County Sheriff’s Office in Indiana, was being treated by emergency personnel when he fled the Emergency Room in Rensselaer, IN. Pranskus was apprehended a short time later while attempting to carjack a subject near the hospital.

Pranskus is being held by the Newton County Sheriff’s Office on local Indiana charges, in addition to the $700,000 bond warrant out of Kankakee County for the incident earlier this morning.

“I am grateful that we were able to get Pranskus apprehended without anyone getting hurt,” said Sheriff Mike Downey. “I sincerely thank all of the participation, not only from the area law enforcement agencies, but also the community‐atlarge, for helping us quickly resolve such a dangerous, volatile situation.”