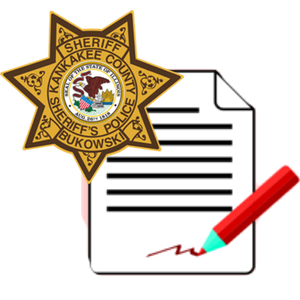 On Saturday April 26, 2014 at approximately 10:29pm Sheriff’s Deputies were dispatched to the 1300blk of North Arthur Burch Drive located in rural Bourbonnais Township in reference to a stabbing.  Thirty six year old David S. Kennett was stabbed at his residence after a dispute broke out.  The suspect left the scene in a vehicle but was stopped by Bradley Police officers a short distance away and detained.  Mr. Kennett was pronounced dead after being transported to a local hospital.  Nineteen year old Cody R. Stilwell of Bourbonnais is being held at the Jerome Combs Detention Center where he has been preliminarily charged with Murder.