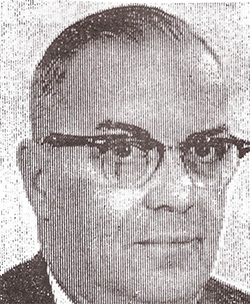 Chief Deputy Norman Hansen died after he collapsed at the Kankakee County Jail after pursuing a juvenile girl who had escaped. The juvenile girl was being transferred to the Iroquois County Jail because of overcrowding at the jail. When they left the jail the girl broke free and ran down an alley beside the jail. Chief Deputy Hansen assisted by Deputy Elwyn Tatro caught the girl. After a brief struggle she was taken back into the jail. Chief Deputy Hansen had cut his hand during the struggle, and while receiving first aid he collapsed and died.