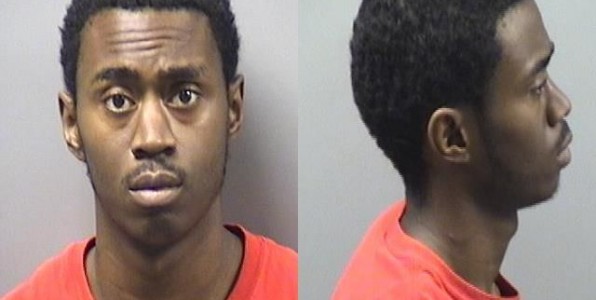 Kankakee, IL- 22 year-old Rex L Frank, of Sun River Terrace, was sentenced to 45 years (to be served in its entirety) in the Illinois Department of Corrections earlier this morning in a Kankakee County Courtroom. Frank, who has been in custody at the Jerome Combs Detention Center since his arrest on July 11th of 2014, received the sentence in exchange of his guilty plea.

Frank’s guilty plea was in connection with the July 5, 2014 homicide in Sun River Terrace in which 36 year-old Rian S Maiden (also of Sun River Terrace) was shot to death at his residence after a botched burglary/robbery.

Frank was the victim of a vehicular hijacking that resulted in two people being shot, including the death of one of the robbery suspects in April of 2014.

Kankakee County Sheriff Tim Bukowski applauds the hard-work and thoroughness of the responding deputies and investigators.

“The extensive amount of man hours and dedication put forth by Sheriff’s Investigators and Patrol Officers will result in this dangerous individual being removed from our streets for the next forty-five years.” Sheriff Bukowski stated. “Although nothing can be done to lessen the pain of Mr. Maiden’s family and friends as a result of his loss, this case demonstrates justice being served.”